SINGAPORE – A new annual summit for regional leaders in the lucrative meetings, incentives, conventions and exhibitions (MICE) industry will be hosted by Singapore over the next three years.

The first iteration of the Asia CEO Summit will be held at The Fullerton Hotel next year, with about 150 corporate leaders attending – half from Asia and the rest from the United States and Europe.

The Mice industry in the Asia Pacific generated close to US$230 billion (S$313 billion) in revenue in 2017, and is expected to reach more than US$440 billion by 2025, according to market research company Allied Market Research.

The Singapore Tourism Board (STB) on Wednesday (Oct 6) signed a memorandum of understanding (MOU) with the Singapore Association of Convention & Exhibition Organisers and Suppliers (Saceos), as well as with international Mice associations.

This will see Singapore hosting the annual summit until 2024.

At the signing held at The Fullerton Hotel, president of Saceos, Mr Aloysius Arlando, said: “Singapore is a preferred location, not just because we are a global Asian node, but more importantly because of our access to many markets in the region.

“We are also a business hub, a home base for many corporates and enterprises with regional oversight.”

Minister of State for Trade and Industry Alvin Tan also attended the event.

There have been similar conferences held in other parts of the world, said Mr Douglas Emslie, who is on the board of the Society of Independent Show Organisers, an organisation that runs a Mice summit in the US.

But with Asia’s growing prominence in the Mice industry, he said it is timely to host a conference here.

“The Asian market is growing very quickly, and speaking to our partners in the region, there was quite clearly a desire to have a similar event where the major chief executives could get together and exchange ideas,” said Mr Emslie.

He added that the Covid-19 pandemic has also made the launch of the Asia CEO Summit timely, as organisers now have to navigate the challenges of resuming Mice events safely.

Such events are typically large scale and rely heavily on networking. 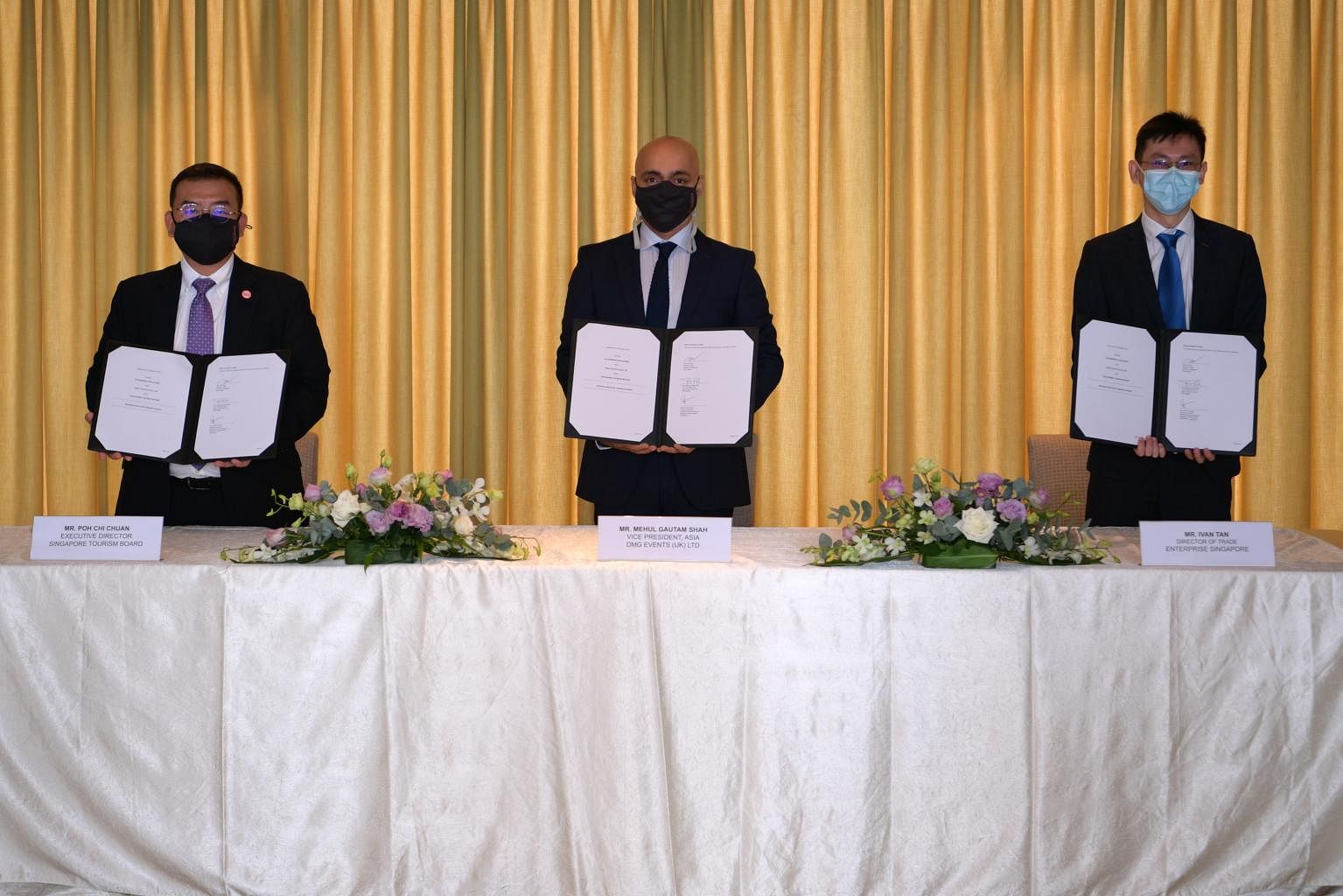 It is expected to be held at the Singapore Expo in September.

The signing of the MOU for the Asia CEO Summit took place at the Joint Leadership Summit, a three-day conference which featured key players such as government leaders and corporate leaders discussing ways to reinvigorate business events in the region.

REACH OUT TO US

We’re always keen to hear from you​