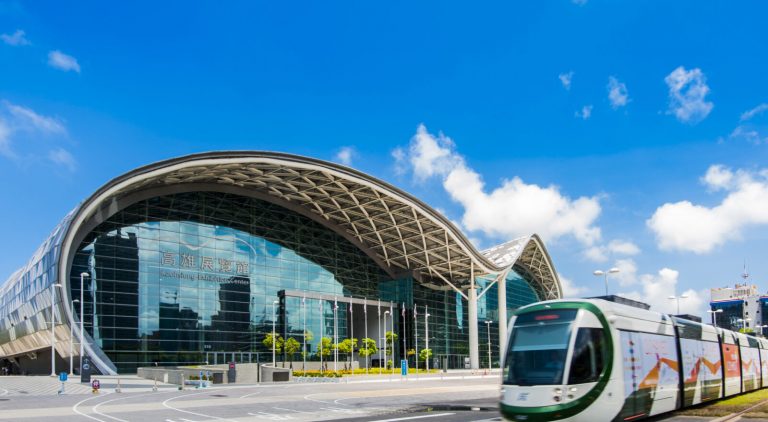 This article was originally published on Boardroom and used with permission.

Taiwan sits on the northwest edge of the Pacific, tucked between Japan and the Philippines. Home to the Malayo-Polynesian people for millenniums, Portuguese sailors who passed by Taiwan in the 1500s referred to it as Ilha Formosa, meaning beautiful island. Taiwan’s land mass is about the same size as the Netherlands—yet home to an impressive 23 million people, making it more populous than three-quarters of the world’s countries.

Despite this density, the preservation of Taiwan’s natural beauty is a national priority, with more than 20% of protected land area. Home to Jade Mountain, the highest peak in East Asia, as well as 1,200km of coastline, 268 mountains above 3,000m, more than 100 hot springs, and 16 aboriginal ethnic groups, Taiwan’s strength is its diversity in both landscape and culture.

As Taiwan moves into a post-pandemic future, it is looking to meetings as a way to help protect the environment and leave a sustainable legacy for the events industry. The government has long been championing its green guidelines under the motto “Stay green, go sustainable,” designed to balance energy conservation while also limiting the impact of events by reducing waste and carbon footprints.

Since 2013, MEET TAIWAN has been promoting the national government’s green guidelines and assisting local organizers with international green sustainability event management. In less than a decade, 17 companies have obtained the ISO 20121 standard for Sustainable Event Management.

The ultimate goal is to incorporate the green guidelines, which largely revolve around the 3R principles of reduce, reuse and recycle, into every aspect of the country’s meetings infrastructure, from the organizers and venues to the participants themselves. By focusing on a mix of energy conservation, carbon reduction, and environmental stability concepts designed to reduce greenhouse gases and waste, Taiwan will usher in a new era for the MICE market.

In the nation’s capital, TaiNEX 1 (part of the Taipei Nangang Exhibition Center) has been working to preserve its surrounding natural environment and has emerged as the first exhibition hall in Taiwan to earn the Green Building Label, in addition to completing a greenhouse gas verification that complies with international standards. To obtain the label, TaiNEX 1 had to ensure greenification, water conservation, daily energy-saving, and sewage and water waste improvement. A few of the initiatives include placing food scrap recycling bins in the dining area, using recycled rainwater for toilets, and encouraging exhibitors to adopt reusable booths and reduce wooden installations.

In an effort to become Taiwan’s core venue—as well as a major convention and exhibition centre in Asia—TaiNEX added its new Hall 2, which was the first in the country to be awarded the Green Building Label (Gold Level). Connected to multiple metro and railway lines, in addition to being just a 15-minute ride from the city centre, the hall brings TaiNEX’s total capacity to 38 meeting rooms and capability to host up to 32,000 visitors. Equipped with complimentary WiFi, Hall 2 also features a smart parking system and 6,100-sqm sky garden on the top floor.

Two years into the pandemic, it is even more apparent that face-to-face meetings will never lose their value. However, associations have witnessed the power of hybrid and digital solutions. New options are supplementing traditional event formats, and destinations—especially those that have not entirely reopened—are embracing the value of hybrid meetings.

In February, the Taiwan Institute of Economic Research’s Taiwan Economic Research Monthly looked at how countries around the world are aiming for net-zero transformation, which can be achieved through green and smart technologies—particularly those involving future transportation development. Given its geographical location, advanced network infrastructure and digital innovation capabilities and development, Taiwan has emerged as an Indo-Pacific digital communications hub.

A prime example of Taiwan’s digital drive involves the Kaohsiung Exhibition Center (KEC). Dubbed Asia’s premier smart venue, in 2021 the Center was chosen for the Cultural Technology: Innovative 5G Vertical Application Project, which transformed the KEC into a 5G high-tech multifunctional venue that can offer a variety of innovative technology demonstrations, applications, and services.

Because of this and that Taiwan’s progressive nature and willingness to innovate and encourage this digital push through the help of carefully selected service providers is helping lead the region in terms of both hybrid meetings and the global information and communication industry. As international cloud companies look to Asia, Taiwan’s rapidly developing infrastructure in this area is enticing key players and giving the country the reputation as an Asia-Pacific digital hub.